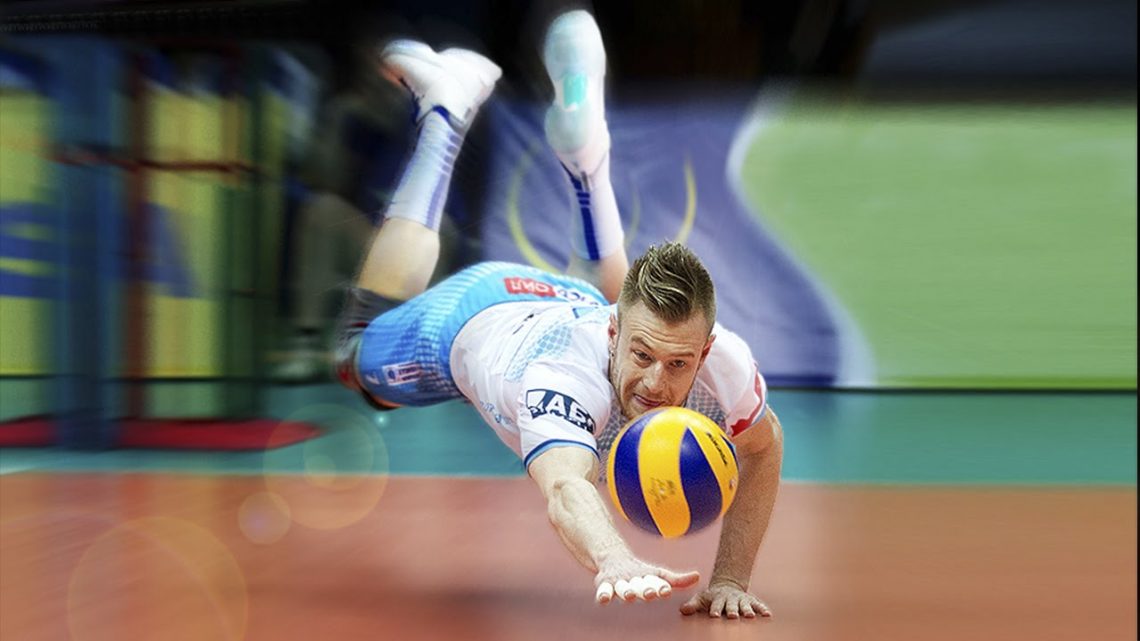 Last year I played volleyball on Sundays in an adult co-ed league. In our playoff game, we had won the first set and were leading in the second.  Then one of our girls got hit with the ball in an awkward spot, on the side of her face and neck.  Her neck stiffened up and she was unable to continue.  This hit to the face came from a ball that had been from the other team’s best male player.  Now, if you’ve ever played or seen skilled male players hit a volleyball – it can be pretty freaking hard (I’ve had the bruises to prove it!) as often it’s too quick and hard of a shot to adjust quickly enough and get in position.

We did not have any extra players that day.  There’s a rule in the league that if you start with a full roster on the court (6 players) and someone gets hurt you can finish the game with only 5 players.  So, for the next few sets we played 5 of us against 6 players from the other team.  And it was a nail biter of a game!

At that skill level with us having been down a player, it should have been an easy win for the other team.  My team had more court open, more area to cover, more opportunity for confusion and chaos.  And yet the game was incredibly competitive and came down the wire.  So why is that?

There’s a book called Primed to Perform by Neel Doshi and Lindsay McGregor.   I heard Lindsay speak last spring at a conference and she was fantastic.  She talked about Total Motivation, which is said to lead to higher performance through strengthening adaptive performance.  Adaptive performance requires you to adjust in the moment.  You have to be able to problem solve and persevere through a changing environment.

When I think back to that game, our team was primed for total motivation.  We had high levels of Play, Purpose and Potential, which strengthen adaptive performance:

Play –The more play you feel, the higher your performance will be.  Sure, in this case we were literally playing a game, so you could argue that play was high.  However, anyone who’s ever played a sport can tell you it doesn’t always feel like play and can definitely feel like work in the wrong environment!  It felt like play that day because although the cards were stacked against us, we were having fun.  Taking the game seriously without taking ourselves too seriously.

Purpose – The stronger a purpose you feel, the higher performance will be.  We all want to feel a part of something bigger than ourselves.  In our game, it’s not like we were solving world peace, but there was a bigger purpose to our desire to win, to accomplish it for us as a team in our disadvantaged position.

Potential – When there’s potential to learn and grow, performance is increased.  There was potential for us to win the game, to come out on top and advance as a team even though we were down a player.  This was incredibly motivating.  Through this process we gained experience and built character.

On the other hand, we did not experience any of the things that bring down total motivation:  Inertia, Economic Pressure, and Emotional Pressure.

Inertia – This is when you don’t know what you’re working for or towards. In this case, we had a clear goal.  Win the game.  We knew exactly what we were working towards.

Economic Pressure – This is felt when you are working to gain something (reward) or potentially avoid something (punishment).  In this case, there was no big reward.  No cash prize, no trophy at the end.  We were doing this for fun, not for any rewards.

Emotional Pressure – When you’re in a playoff game, no matter what level, it can be stressful.  But we just had fun with our situation.  We did not feel that we HAD to keep playing, or were being pressured to, but rather we wanted to!

Because we had high Play, Purpose and Potential, and low Inertia, Economic and Emotional Pressure, we were able to exhibit adaptive performance.  We were creative with our game play, problem solved in the moment as to who covered what area of the court, we were highly collaborative, and we were sure persistent!  Our total motivation was through the roof.

This is a one-off situation.  But you can image what would happen if these principles were applied at the organizational level.  When we build and sustain adaptive performance we get total motivation.  When our employees are motivated, they provide better customer service to our clients, they are more productive, there’s less absenteeism and turnover engagement levels are higher.  This leads to better overall organizational performance and increased revenue.

So…what happened you ask?  Well, we didn’t win.  But we came close, only losing by a couple of points when it should have been a much larger gap.  It may not have been the outcome we were striving for, but our environment of total motivation made so it was a lot fun!

Book: Primed to Perform by Neel Doshi and Lindsay McGregor

Devan is a Partner with Acuity. For more information, contact her at Devan.Graham@acuityhr.ca