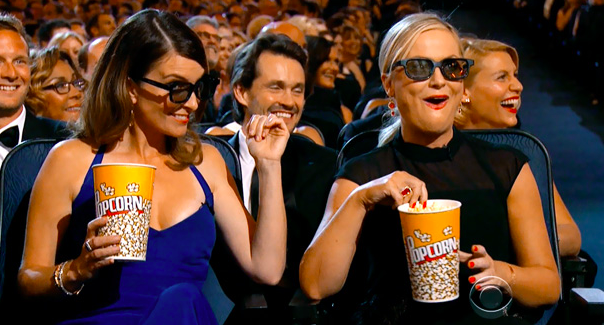 My Favourite Improv Rule for the Workplace

by Jane Helbrecht in Leadership 0 comments

I’ve been thinking a lot about how individuals on teams build trust with one another.  This is something I want to explore as a part of team training I am working on. Recently, my colleague Brad suggested I look up the rules of improv acting for some ideas.  Talk about teams that need to strongly trust each other. Improv actors go on stage with no script and no story all in the endeavour to entertain and make people laugh. It’s a risk. What if the audience throws out terrible suggestions to get the story started? What if it isn’t funny or if you and your partner aren’t on the same page?

There are a number of improv rules that are also great rules for life. It’s why you see businesses starting to take their teams to improv acting sessions as a team building activity. Rules like listening, responding with ‘yes, and’ (instead of ‘no’ or ‘but’) and committing to your partner’s direction are great.

There was one rule that really stood out to me – You can’t look good if you don’t make your partner look good.

Basically, you won’t be funny and you won’t build the best scene or story if you are focused primarily on yourself.  But if you focus on making your partner look good and setting them up for success in a scene, the better the scene will be and ultimately the better you will look.

So I started to think, what if all team members on a team focused on making each other look good? What if everyone focused on how they could support the other individuals on their team in this way? This would build strong relationships based on trust and respect very quickly. This approach demonstrates your commitment to your colleagues and your belief in them and their abilities.

The most dysfunctional teams I have encountered are teams where the individuals don’t feel safe. They don’t feel their leader or colleagues have their back and they certainly don’t trust each other. They throw each other under the bus and go into self-protection mode where everything they do is focused on themselves instead of in the best interest of the team or the organization.

I love meeting with teams where there is obvious respect amongst team members, teams where they genuinely seem to like and trust each other. Those are the teams I want to work with and want to be a part of.  I once heard my colleague Jaysa refer to our team as ‘the best group project you’ve ever worked on. You trust everyone to do their part and look out for each other and get what needs to be done, done’.  How did we build a team that feels this way? I’m not 100% sure, but I do that having a strong leader in Brad has been key. I also know, that even if totally unconsciously, we practice this idea of ‘you can’t look good unless you make your partner look good’. We have each other’s backs, we jump in to help each other out, we sing each other’s praises regularly and we truly believe each member of our team is a stellar contributor.

So, what if every individual and team in your organization started to focus on making each other look good? Do you think they would return the favour?  Would everyone start to respect and trust each other more? I think so.

Jane Helbrecht is a Partner at Acuity HR Solutions. She leads the training and development function with a focus on Acuity’s Intentional People Leadership training program.